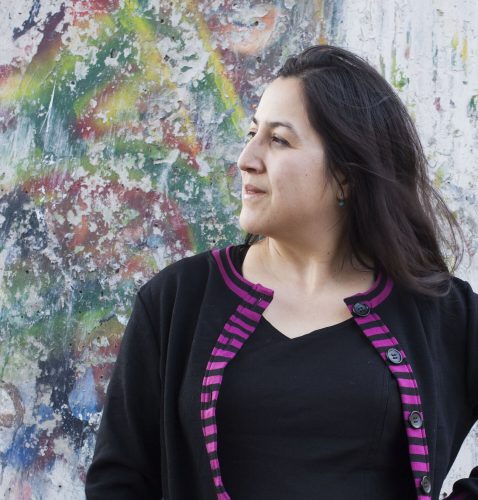 It seems like the effects of our changing climate have gone from being distant warnings to evidence that we are seeing all around us. For this feature, I decided to focus on a couple of projects that I have been working on this year that are inspired by indicators of climate change.

Last fall I was struck by the record-breaking number of tropical storms and hurricanes that rolled off the Atlantic. There were so many that the usual alphabetical, predetermined list of names was insufficient, and scientists turned to the use of the Greek alphabet for naming. It was also the most costly hurricane season to date, with an estimated 47 billion in damage and 470 lost lives. In the face of such destructive power, we usually focus on storms individually, but the Stuffed Storms encourages the viewer to see the storm season visually laid out over time and by the size of the storm, emphasizing the season as a whole and the fact that it is likely that warming oceans are yielding more and more powerful storms than in the past. The storms are constructed from satellite imagery printed on fabric which is then sewn, quilted, and embroidered. In working on this project, I was struck by the beauty and individuality of each storm, and how they are examples of the incredible forces that exist in nature.

Warming water temperatures and milder winters are also affecting our ecosystems. The interactions between species are often complex, but scientists are keeping a close watch on invasive species, which often are quick to outcompete native species in disturbed ecosystems. Like many other photographers who were kept from studios and darkrooms by the lockdown, I had begun experimenting with the cyanotype during the pandemic. Cyanotype is actually among the first photographic processes discovered in the 18th century and was famously used by Anna Atkins to catalogue botanical specimens, so it seemed particularly appropriate to use cyanotype to document invasive species in our region. With the help of the Finger Lakes Institute and some observant friends, I’ve been collecting samples to make direct prints on cyanotype coated paper. The rich blues and chance occurrences of the interactions of chemicals make it a particularly compelling process.