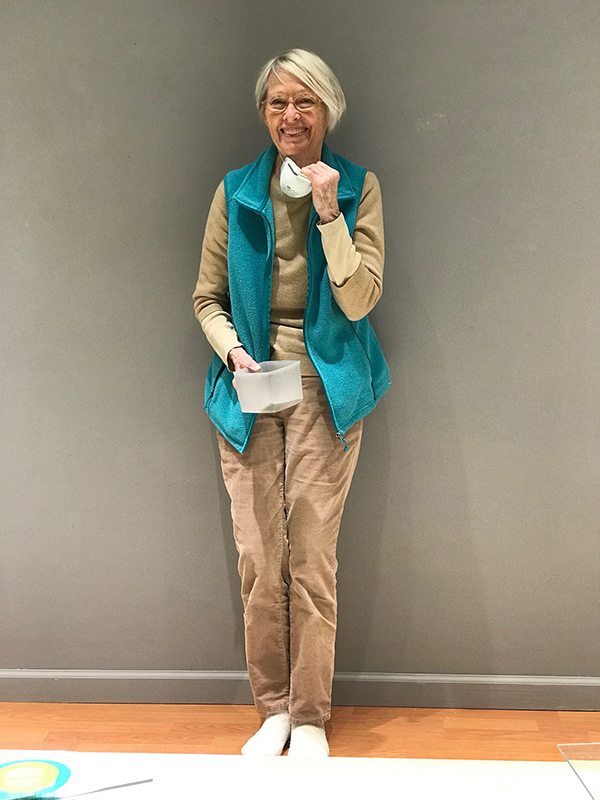 In 1987, the Los Angeles Municipal Art Gallery in Barnsdall Park (Los Angeles, CA) mounted an 18 year retrospective exhibition where she recreated scaled down versions of six major sand installations in the 10,000 sq. ft. space. Ten years later, in the same space, she participated in an exhibition, Sensuality in the Abstract, where she created three new installations (consecutively) over a three month period and exhibited the first “iris” prints relating to those installations.

She is included in “Sunshine Muse,” by Peter Plagens; “Originals,” by Eleanor Munro; and “L.A. Rising,” by Lynn Kienholz. Connie is an Emeritus Professor of Art at Claremont Graduate University where she taught in the art department from 1982-2009 and was Chairperson from 2001-2008. She moved to Horseheads, NY in 2010 and has been a member of State of the Art Gallery since 2015.